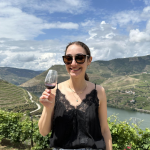 Want more traffic on Pinterest? Keep reading to find out how!

? Should I be running an ad campaign?

This depends on your blogging or e-comm goals! If your blog is monetized, then a Traffic Campaign can be very beneficial. As well, if you have an e-comm store, running a few Traffic Campaigns can also help boost sales.

However, if your blog doesn’t have ads or affiliate marketing set up, and you’re not selling anything on your site, then running an ad campaign on Pinterest won’t help you much financially.

? What kind of ad should I be running?

This varies based on your goals once again. If you have an e-comm store with little organic traffic, then you’ll definitely want to run a Traffic Campaign first, followed by either another Traffic Campaign or a Conversion Campaign (it depends).

If you have an application, then you’ll want to run an App Install Campaign.

If you have a blog, then a Traffic Campaign is the way to go.

The strategy you choose depends on your goals, what you want to promote and how much you’re willing to invest.

? Which ad campaigns should I NOT run?

Personally, I wouldn’t invest in a Brand Awareness campaign or a Video Views campaign. Videos are too new to Pinterest to invest in right away. As well, they perform very well organically for now.

As for Brand Awareness, the goal of the campaign isn’t clicks so it’s simply more beneficial to invest in a traffic campaign, as it to focuses on getting those clicks to your site. As well, a Brand Awareness campaign is mostly used by big retailers with large budgets.

No. However, it has significantly dropped. If you’re a blogger worried about traffic, I suggest you monetize your blog first through adsense and/or affiliate marketing, and then run a Traffic Campaign. This will actually re-boost your organic traffic to your blog from Pinterest.

? When is the best time to start running a campaign?

January isn’t called “blog heaven” for no reason. January is the BEST time to start running campaigns because all of the big retailers are no longer running ad campaigns for the holidays. Therefore, this frees up ad space for the smaller players (Yay!).

? Is it expensive to run a campaign?

This depends on your budget and your goal. Pinterest ads are however less expensive to invest in than Facebook or Google ads for now. You can run a successful traffic campaign for as little as $5/ day.

There you go! Hope this helped understand how to drive more traffic on Pinterest.

PS: Did you know we offer free Pinterest account audits over the phone? They take 15 minutes and help guide your Pinterest Strategy to drive more traffic and sales! Book yours here if you need Pinterest guidance!